The Canadian Press recently reported that China and Tajikistan have resolved a border dispute in the Pamir Mountains region that dates back to the 19th Century.  Both sides arrived at the final resolution through diplomacy and direct consultations.

According to Chinese Foreign Ministry spokesman Hong Lei, the border treaty “thoroughly resolv[es] the boundary issue left over from history.” 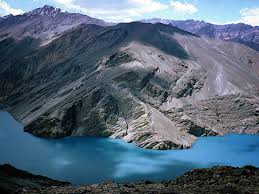 This process of border resolution stands in stark contrast to patterns of state-based territorial domination that have resulted in on-going conflict.  According to Sukhrob Sharipov, head of Tajikistan’s government-affiliated Center for Strategic Studies, Tajikistan risked suffering much greater territorial losses in its recent past, he said. “After the collapse of Soviet Union, Tajikistan was on the verge of collapse — China could easily have snatched the whole of (the eastern Badakhshan province), and nobody would have even made a sound,” he said.  Reflecting a new stage of diplomatic resolution, Sharipov said Thursday that the deal would ensure the inviolability of the country’s borders for decades to come.

Assistant Professor at the University of Hong Kong. View all posts by shahlaali

We are faculty members and students at the University of Hong Kong Faculty of Law. We look forward to hearing from you! sali@hku.hk